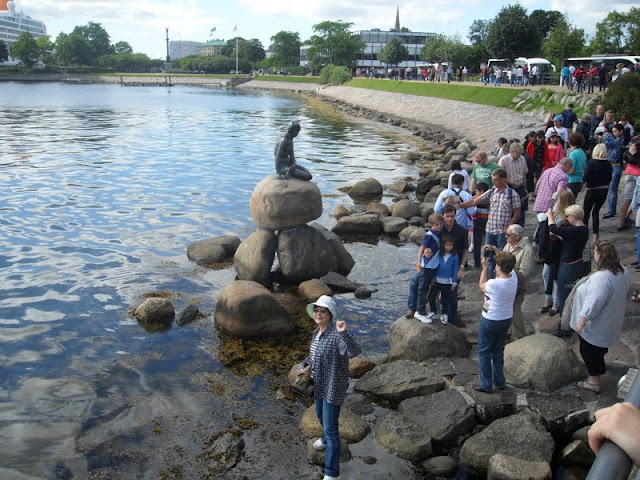 Our first stop is Copenhagen. We of course went straight for the little mermaid as soon as we landed. Found more people gawking here than at the Louvre to see the Mona Lisa. I was most surprised by how close to shore it was-and how small it was. It is also a reproduction as the original is in a museum somewhere.

We had totally great weather for our one week trip. Have never done one of those big cruise ships before and found it to be a very relaxing and fun way to travel. I also took note of the safety procedures-no cameras!-they were very thorough-and the great friendliness of the staff was super. Got to meet the Captain who hosted a cocktail party for a few of us. We had been bumped up to VIP status for some reason which meant a special suite-lots of free extras and special invites-there were only a very few Americans on the boat so maybe they were trying to make an impression-and it was really great to see so many places without having to pack and unpack the suitcase. 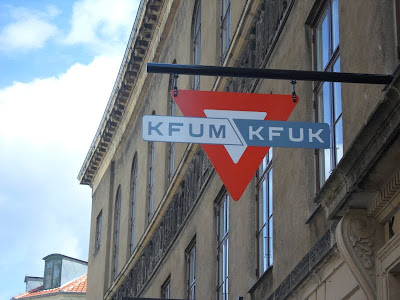 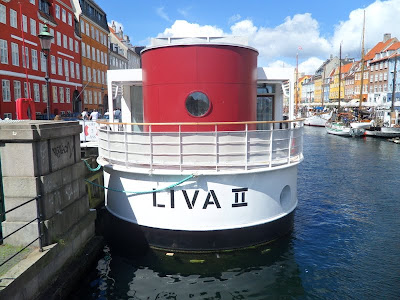 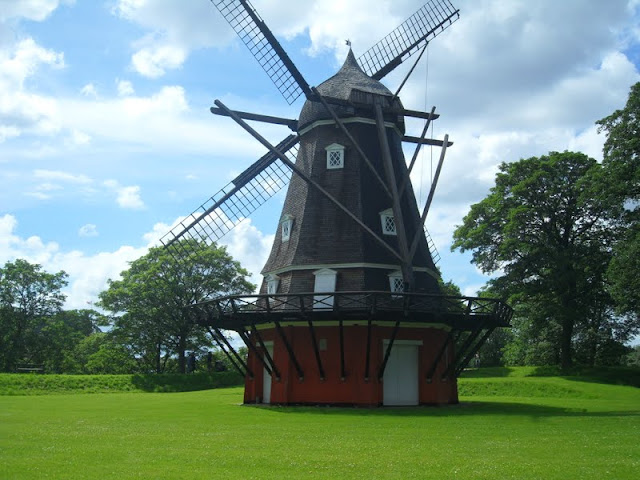 Came across this old and beautiful windmill on the Citadel base- a large military complex dating back to the 1100's. 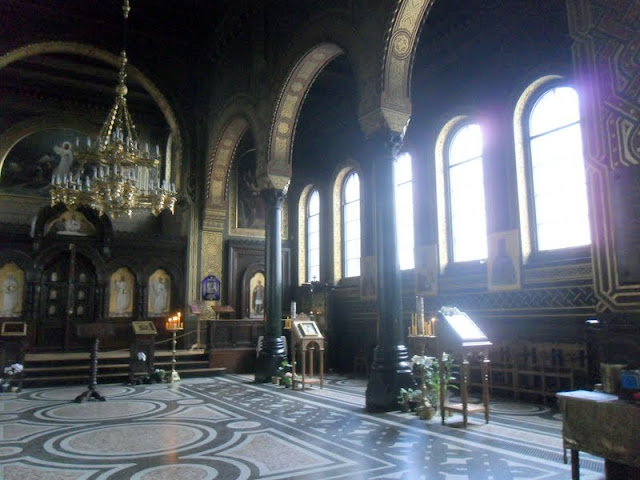 This church is Russian Orthodox and I made the mistake of not seeing the faded and barely readable sign saying no cameras. After I took this picture I got an earful from the Russian woman who was running the place. Despite my repeated apologies, she would hear none of it so we left. Throughout Europe, most churches will allow photos without flash. Most museums as well. In St. Petersburg, we had to pay a few Euros to bring cameras into the Hermitage. 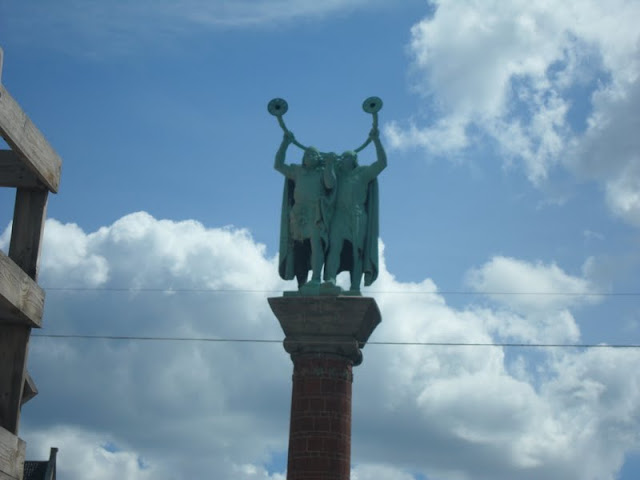 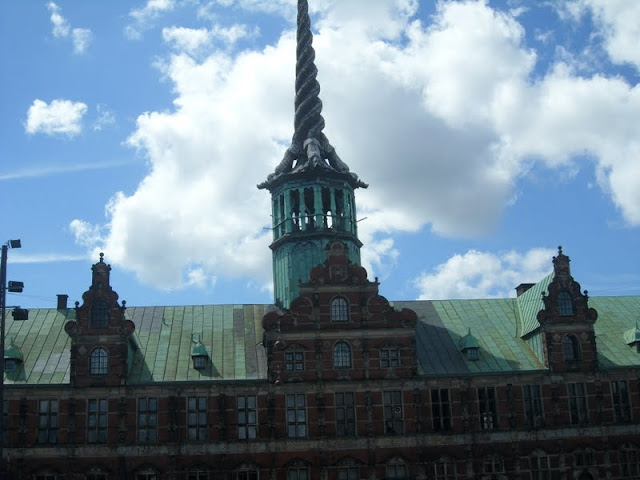 This was maybe the strangest steeple I have ever seen. Three twisted lizards-topping the old  Mercantile Exchange building in downtown Copenhagen. 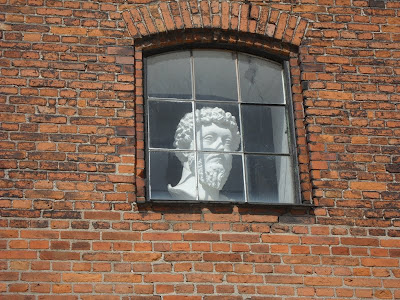 This was a large shop that made copies of famous busts. It should be noted, prices were very high here and in Sweden. They both have a very large VAT-value added tax. 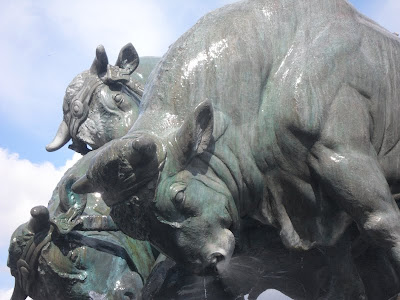 These four oxen on this huge fountain depict the hauling of an island into shore in the 12th century. The Carlsbad family-beer makers for centuries-have donated tons of money over the many years to build up monuments and buildings and museums throughout the city and country. In most if not all cases, they don't adorn any of it with their name or advertising. 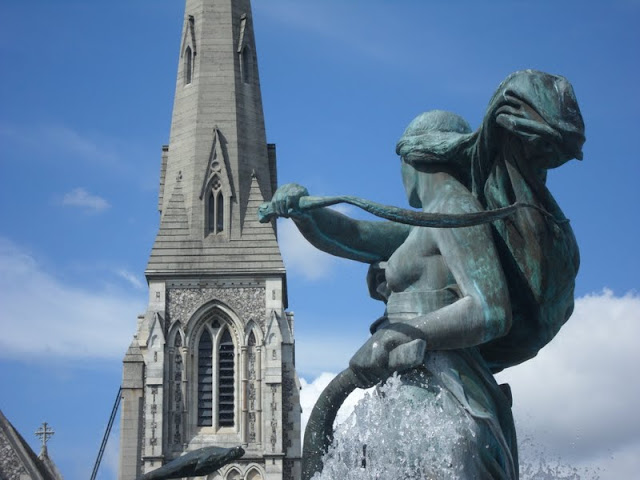 This maiden drives the oxen-onward! We're off to Stockholm!
Posted by Michael Veitch at 12:12 AM No comments: