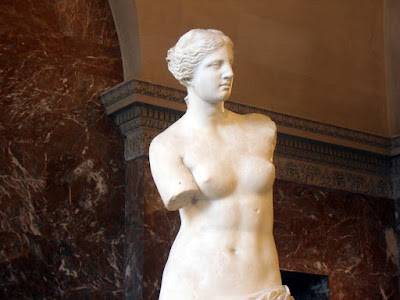 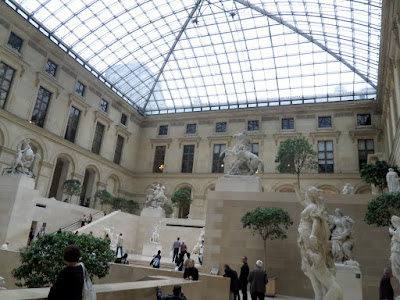 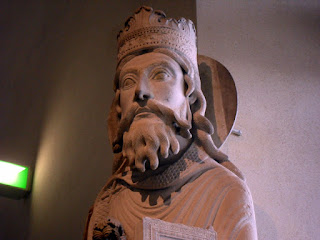 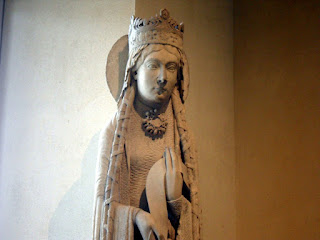 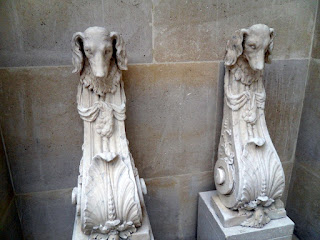 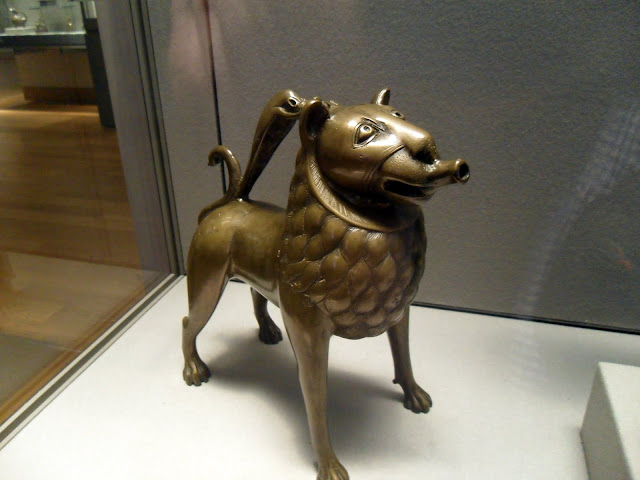 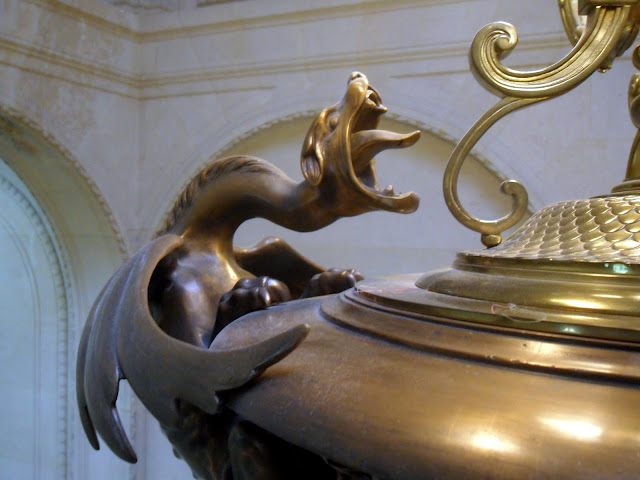 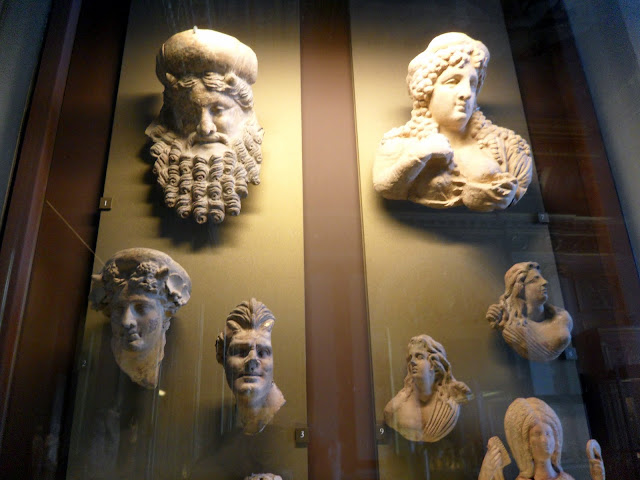 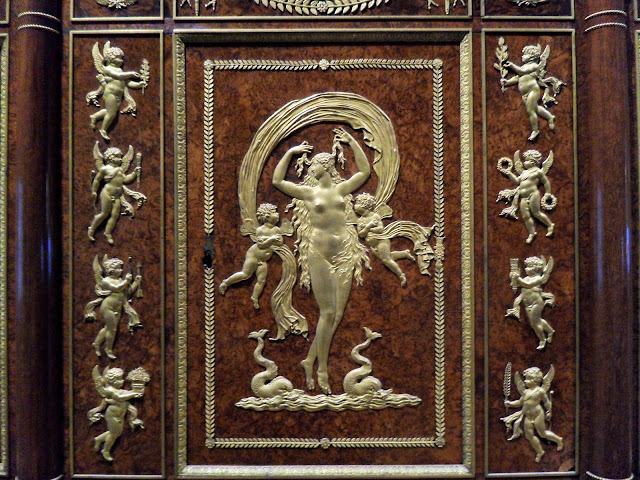 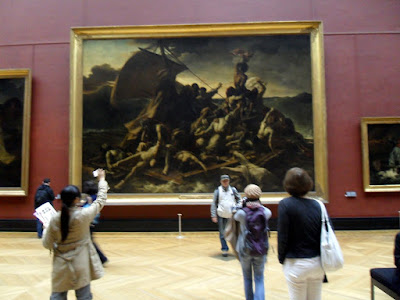 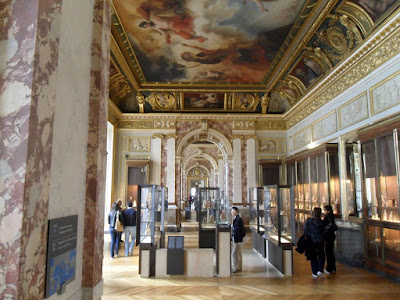 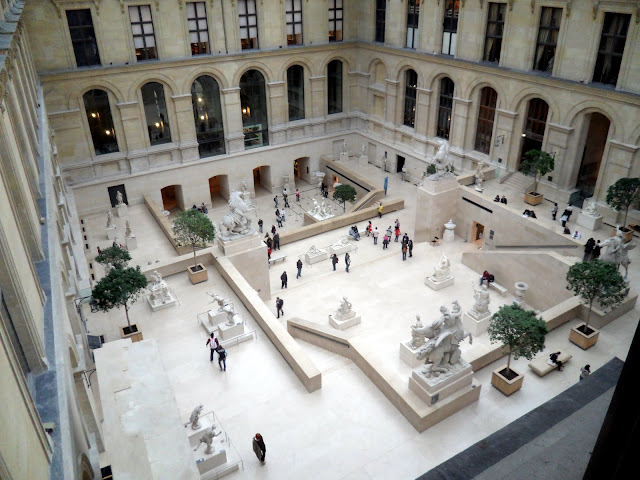 Posted by Michael Veitch at 12:12 PM No comments: 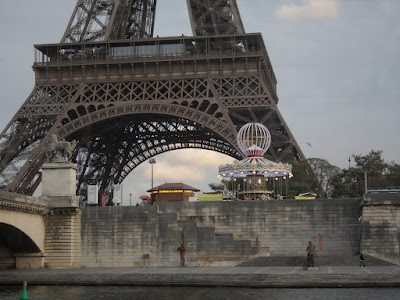 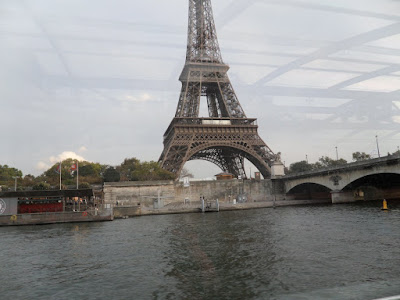 It looks great up close-they painted it just a couple years ago. The very best restaurant in Paris (I'm told) is the "Jules Verne" which is located inside the Eiffel Tower. A reservation takes three months in advance to get.
The view is to die for. We took the stairs for a modest 4.50 euro and not the elevator for around 20. Didn't need to get to the very tip top-and there is lots of historical stuff to see as you ascend. 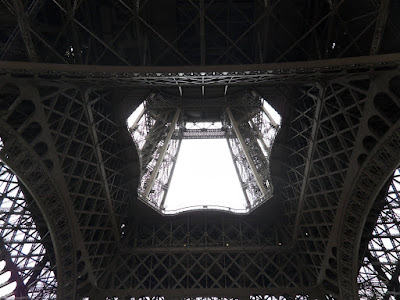 Looking up into the thing-it really is a huge erector set. I was told it was supposed to have a skin or facade but everyone liked the bare metal. It's made from pig iron-one of the very last large constructions before the introduction of steel. 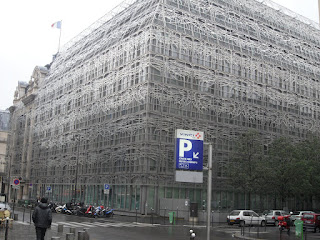 A slight variation on the theme-an exterior skeleton wrapping a large building-somehow got around the strict zoning, which was probably the most creative part of the whole thing. 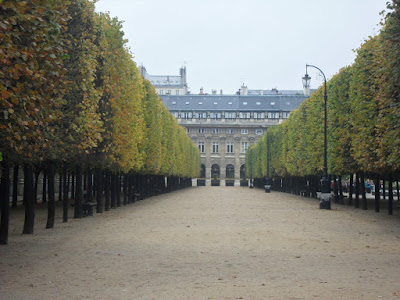 They have this thing for trimming trees into boxes-saw it in other places in Paris. Not sure what it means or where it started or how they do it-but it looks really different. 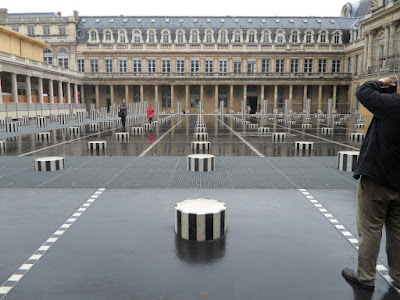 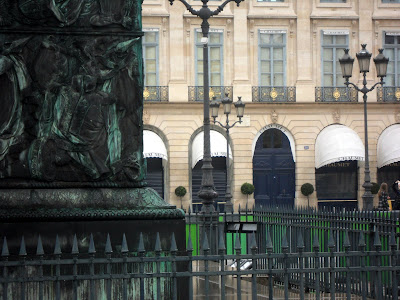 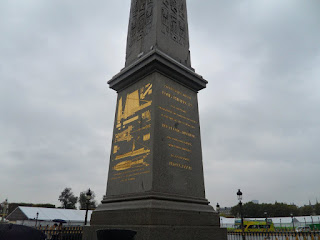 On this site, Marie Antoinette was publicly beheaded. There is now a very large and very old obelisk on the site, with diagrams showing how it was removed from ancient Egypt and re-erected in the middle of Paris. 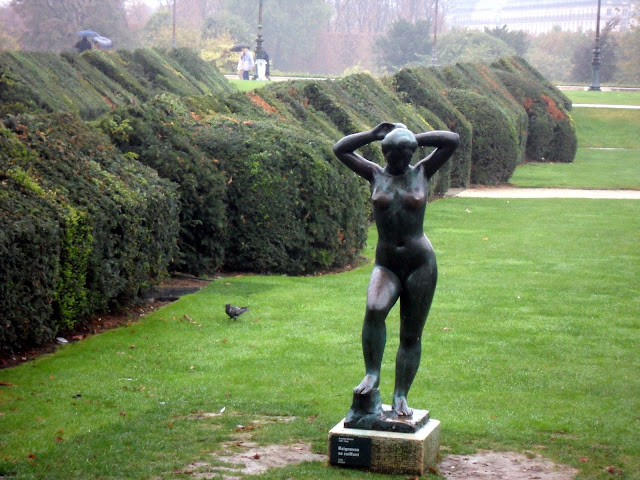 A lovely garden sculpture-there are actually many of these throughout the park just West of the Louvre.More of that crazy topiary.
Posted by Michael Veitch at 11:21 AM No comments: